The photo you see here is the original Seven Gables Hotel, taken in 1915. It was located in what is now Old Burnside, long before the lake was created. Nowadays, Seven Gables has been moved to New Burnside, and recently renovated.

Before the lake’s creation, the Seven Gables Motel was a prominent motel in south central Kentucky due to the fact that Burnside, at that time, had a steamboat landing close to the Southern Railroad. 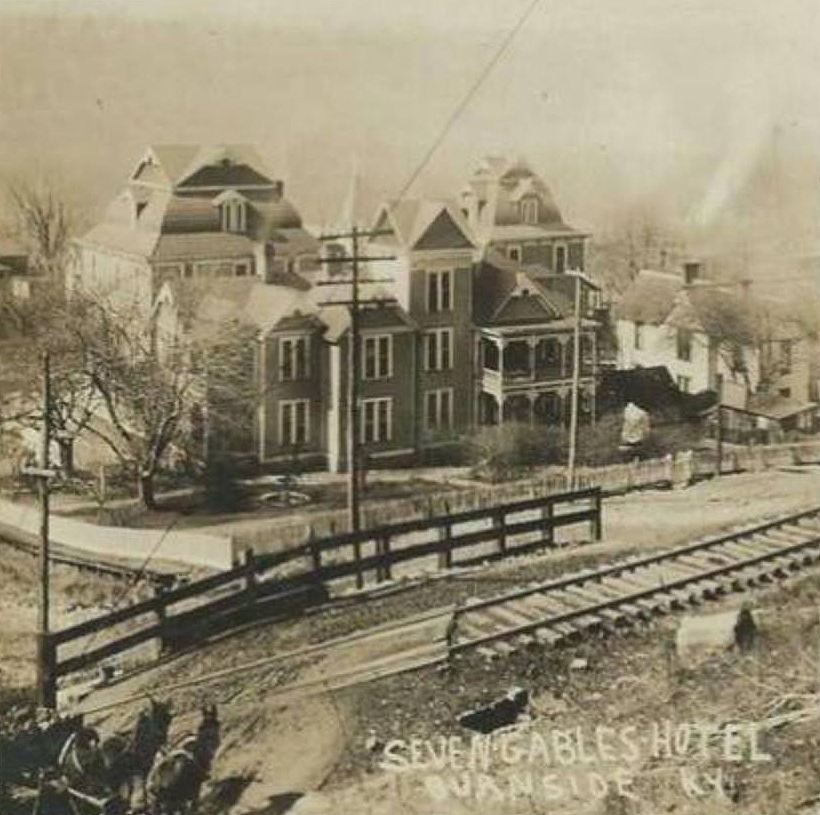